skip to main | skip to sidebar

Take 'em all out to the Ball Game

NextPay stepped up to the plate by sponsoring an event at the Rangers Ballpark for military personnel of the 196th Maneuver Enhancement Brigade before they are deployed overseas next week. 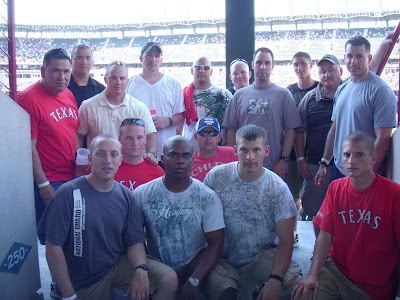 Based at Fort Hood, the soldiers are scheduled to be deployed to Afghanistan.  Many of them have already said goodbye to family and friends.  This event was the last time they will gather to watch the “Great American Pastime” with their comrades until they return from active duty.
Approximately twenty-five military personnel attended the June 5 game between the Texas Rangers and the Tampa Bay Rays at the Rangers Ballpark in Arlington.  NextPay hosted the soldiers, providing complimentary tickets and refreshments.
at 4:35 PM No comments:

NextPay Merchant Services announced the release of its ChargeIT Virtual Terminal, a server-based application that turns any PC into a credit card processing terminal. The new product will reduce costs associated with merchant credit and debit card transactions as well as increase security over traditional “credit card machines” or “client-side” processing applications.


“Identity theft and credit card fraud on the rise -- combined with the Payment Card Industry's (PCI) 2010 deadline for security compliance -- it is extremely important merchants secure their processing networks to protect cardholders’ information. NextPay launched ChargeIT in an effort to meet both the needs of merchants for cost reduction and the regulatory compliance issues of PCI/DSS,” said Lynn Varnell, NextPay Merchant Services chief operating officer.

This is the results of a new Small Business survey done by the email marketing firm, Constant Contact, in collaboration with other small business advocates, including the American Chamber of Commerce Executives (ACCE), SCORE, and the Association of Small Business Development Centers (ASBDC). It shows a resurgence in market confidence among small business owners.  Just as interesting are the ways small businesses are marketing themselves, with social media usage increasing dramatically from even last year.


"Small businesses across the country were among the most heavily impacted by the economic downturn. However, the results of our survey suggest that we are starting to see a leveling-off effect that has these determined small business owners feeling more optimistic," said Gail Goodman, CEO and chairman, Constant Contact. "The improving sentiment among small businesses is particularly encouraging, as these passionate and innovative small businesses are the organizations that have led the U.S. economy out of past recessions. I encourage everyone to do their part and help support small businesses in their neighborhood."

Take a look at the survey snapshot.

We’ve discussed the issue of “Paying for Peace of Mind” when it comes to Payment Card Industry Data Security Standards (PCI DSS).  As we noted, many Merchants are paying a PCI Compliance Fee to their current processor with little or no security benefit.  In many cases, it is just another revenue stream for the processor.  Because of the seemingly confusing nature of credit card statements, most Merchants pay the fee because they “just don’t understand the bill in the first place”.
But what does it take to become PCI Compliant?  Most Merchants – especially small ones – don’t have a clue.  From a Best Practices standpoint, it’s all pretty much based on common sense.  So let’s go over them one by one.  When you get your head around what actually needs to be done, just paying for the peace of mind will seem counterintuitive to how you run all other aspects of your business.
There are 12 requirements to building a PCI Compliant Network, our comments are in italics.

A Fee by Any Other Name: PCI Compliance Fee – What are you paying for? 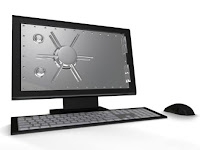 Obviously, when it comes to accepting credit cards, nothing is more important than protecting your data. A security breach from processing credit cards can expose companies to fines, the inability to accept credit cards and the loss of your customer’s confidence -- and there is no question about it: credit card fraud and theft are on the rise.

But as a course of business, we are constantly reviewing competing credit card processing statements for our clients. Among many of the confusing or ambiguous “fees” our clients tend to pay, there is one that always strikes me as a pure payday for the some credit card processors: The PCI Compliance Fee.

It goes by other names of course, but it almost always has to do with

Should You Join a Business Group?

The Art of Running a Small Business by Jay Goltz. Very interesting article on why networking is still the best way to improve your business' overall performance. Click here to read at the New York Times Blog.
at 7:34 PM 1 comment:

NextPay Merchant Services
NextPay Merchant Services has the processing solutions you need to run your business better. NextPay is a division of Brinkman Financial Company (BFC) -- a leader in tools and technology for the financial services industry. Throughout our 25-year history, BFC has developed products for the banking sector, the Fortune 500 and merchants that allow for greater security, increased efficiencies and reduction in costs. Our commitment to customer-focused product development has allowed us to create flexible and scalable solutions for organizations of all sizes. www.nextpay-usa.com